2019 will see young guns Marco Joubert and Nicol Carstens join forces to tackle South Africa’s most gruelling and prestigious races, with the backing of Imbuko Wines and GIANT Bicycles South Africa. With both IMBUKO Wines and GIANT Bicycles having supported numerous athletes over the years, they will now merge as a unit to form a formidable team under the management of Max Sullivan.

Marco Joubert came out swinging at the 2018 Attakwas Extreme, where he solidified his place on the professional scene finishing comfortably in the top 10. Although Marco had a relatively successful remainder of the season, many of the seasons’ goals were hampered by breaking his collarbone twice-in two separate occasions in short succession; he will be attacking the 2019 season with some serious drive.

Nicol Carstens had a very busy season, representing GIANT on and off the road, competing in a wide variety of events throughout the season. Nicol will be focussing on competing at the highest level alongside Marco on the mountain bike in 2019, using his racing experience from the previous season to grow from strength to strength. Both riders competed in the 2018 ABSA Cape Epic, which will be the focal point of the race calendar in 2019 as they aim for the African Red jersey and a high placing on the overall general classification. The team will be based in the Western Cape, with both riders only a stone’s throw away from Imbuko Wines in Wellington.

The racing calendar is rather busy to start the season; thankfully, the bulk of the early season racing is all relatively close to home. The early season goals include kicking things off at the Attakwas Extreme; followed by the Tankwa Trek and the Imbuko Wines Big 5 MTB Challenge, as well as some other local events as the pairing find their groove building up to the ABSA Cape Epic. The team will also venture up country for the Nissan Trailseeker series, Sani2C and several other events. Max Sullivan will not only be managing the team, but also represent the team on the tarmac as often as possible.

Keep an eye out for the small in stature and big at heart gents in blue, and be sure to follow our progress on our social media platforms: Imbuko Giant.hazzzz hcb 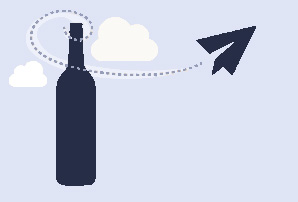