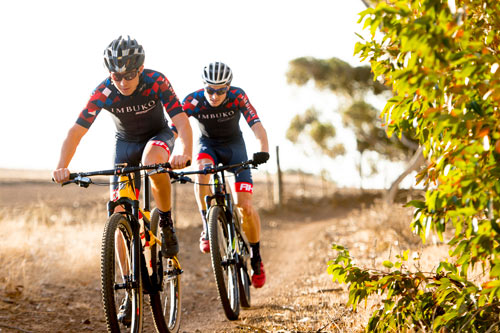 After a successful first season in the professional mountain biking peloton, Imbuko Wines returns as the headline sponsor to Team Imbuko. Managing director of Imbuko Wines, Theunis van Zyl, himself an avid mountain biker, is excited to again be involved with the two man team.

Chris Wolhuter(28) was joined by youngster, Dylan Rebello (21) mid way through the 2016 season and the pairing will continue to race together through 2017.

Chris and Dylan have had a solid start to the season thus far in the build up to one of the team’s major objectives for the year, the ABSA Cape Epic which starts this Sunday. 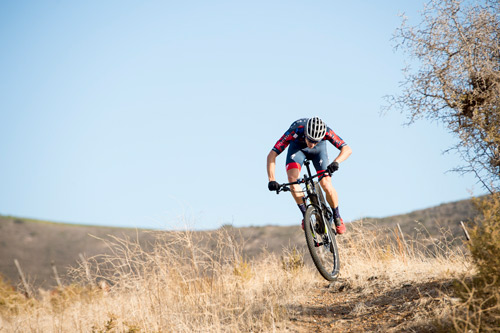 The pairing will race under the Team Imbuko Freewheel Cycology banner for the Epic. The goal will be to go for a podium position in the ABSA African Competition.

In the build up to the Epic, Dylan has raced the Attakwas where he finished in the top 10 in a competitive field. Dylan has also fared well in the Ashburton National Series racing the Grabouw and Sabie legs of the series thus far and is currently wearing the U23 leaders jersey. A strong second position at the recent Momentum Health Tankwa Trek highlighted that Rebello’s build up to the Epic is on the right track.

Wolhuter has raced a somewhat different schedule in the build up to the Epic. After an early season trip to the Louwveld for the Mpumalanga Tour, Chris got on the knobblies at the Fairtree Capital Simonsberg Contour in early February. After an exciting two stages of racing, Chris finished in 2nd place, sandwiched between Topeka Ergon riders Jeremiah Bishop and Alban Lakata. Due to family commitments, Chris was unable to race the Tankwa Trek and continued his build up at the Fedgroup PEPlett where he managed to again finish in 2nd position.

Commenting on the choice of equipment for the 2017 season, Wolhuter says: “Our team will be unique in that Dylan and I will ride different bikes, but both race under the Imbuko Wines banner. Dylan has a longstanding relationship with Momsen Bikes whilst I have one with Freewheel Cycology and Specialized. Dylan will race the Momsen Vipa and I will be aboard the Specialized Epic World Cup”

You can keep up to date with the team’s news on their Facebook Page: https://www.facebook.com/teamimbuko/ and the Imbuko Wines Twitter handle: https://twitter.com/ImbukoSA 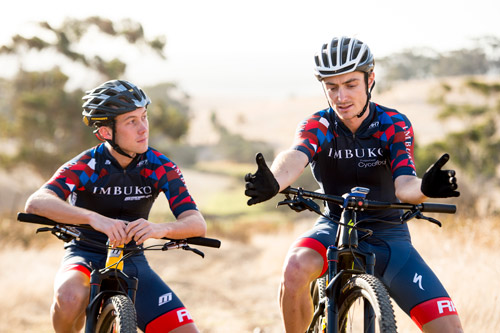